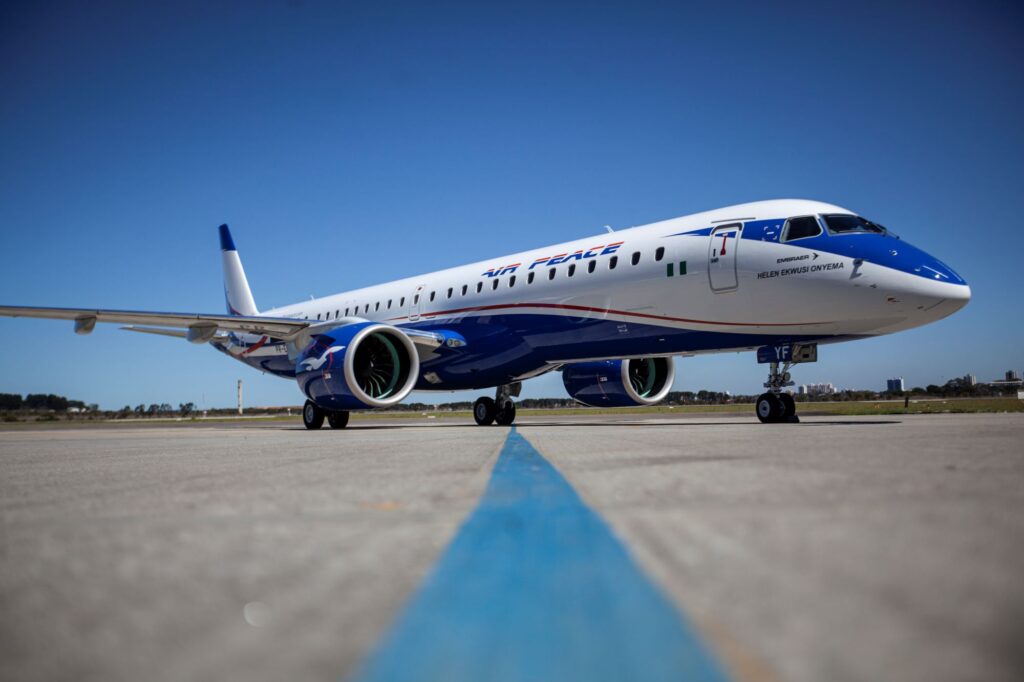 “When looking at the future growth of our airline, the E195-E2 was a clear choice for us. The fuel efficiency of the GTF engine will allow us to explore additional regional route offerings, and supports our long-term goals to continue expanding our fleet.” said Allen Onyema, CEO of Air Peace.

Air Peace, based in Nigeria, announced its order for 10 E195-E2 aircraft during Embraer’s Airline Business Seminar for Africa in April 2019. The airline later added three more aircraft to their order during the 2019 Dubai Air Show. The Embraer E-Jets E2 family, including the E195-E2, is exclusively powered by Pratt & Whitney GTF engines and the APS2600 auxiliary power unit (APU).

“We’d like to offer a warm welcome to Air Peace as they join the GTF engine family,” said Rick Deurloo, chief commercial officer at Pratt & Whitney. “We appreciate the confidence that Air Peace has placed in us, along with the successful relationship we have built together, and we look forward to delivering the benefits of the engine’s advanced technology.”

The E195-E2 aircraft has more than 24% reduction in fuel burn per seat than the previous-generation E195, with NOx emissions 50% below the ICAO CAEP/6 regulation and 19dB to 20dB of ICAO Chapter 4 cumulative noise margin.

About Pratt & Whitney
Pratt & Whitney, a unit of Raytheon Technologies (NYSE:RTX) is a world leader in the design, manufacture and service of aircraft and helicopter engines, and auxiliary power units. Raytheon Technologies Corporation is an aerospace and defense company that provides advanced systems and services for commercial, military and government customers worldwide. To learn more about RTX, visit its website at www.rtx.com. To receive press releases and other news directly, please sign up here. This press release contains forward-looking statements concerning future business opportunities. Actual results may differ materially from those projected as a result of certain risks and uncertainties, including but not limited to changes in levels of demand in the aerospace industry, in levels of air travel, and in the number of aircraft to be built; challenges in the design, development, production support, performance and realization of the anticipated benefits of advanced technologies; as well as other risks and uncertainties, including but not limited to those detailed from time to time in Raytheon Technologies Corp.’s Securities and Exchange Commission filings.