The phenomenon where airlines are unable to access the proceeds of their sales activities, referred to as the “Blocked Funds” pertains to some African countries where the national reserves are depleted to the extent that foreign currency allocation to airlines is nonexistent. There have been serious concerns raised by member airlines of the growing amount of inaccessible funds in some African countries.
The Commercial viability of the majority of African airlines remains challenged based on various factors amongst which cash-flow is the most pressing. The constrain on cash-flow imposed by the blocked funds in the respective countries in Africa is significant to the extent that airlines are forced to revise their operations by either reducing their frequencies or in some instances they discontinue operations to those countries.

The main cause for the curtailment of allocation of foreign exchange to airlines is the collapse of commodity prices on the global market. These commodities are predominantly crude oil and minerals on which these countries rely for their income. The proceeds of trading in these commodities in the international markets are channeled to support the national budgets of these countries. When the prices of these commodities are adversely impacted by market conditions the only solution available is for the authorities to stop allocations to so called non-essential sectors. Unfortunately aviation is incorrectly grouped under the so-called non-essential sectors. This results in African airlines losing out because the proceeds of their commercial activities are rendered inaccessible to them. The table below demonstrates the magnitude of this challenge for the months of September, October and November 2019:

Regular engagements to ensure commitments by the authorities materialize are planned and progress reports will be shared with the members. AFRAA will continue with the following activities:

• Establish agreements for airlines to repatriate funds on a regular basis
• Engage authorities to ring-fence the legacy debt to a specific date for monitoring purposes
• Collaborative efforts with in-country stakeholders (Tourism, Industry etc.)
• Engage local BAR and aviation authorities such as CAA, Airports
• Joint approach to the authorities with partners such as IATA

Conclusion:
AFRAA in conjunction with their stakeholders, will continue to engage with the authorities in the countries where airlines are experiencing challenges with accessing their funds in order to find solutions for the easing of the blocked funds. The main objective is for the airlines to be allowed complete access and authority to repatriate their funds from their sales activities. 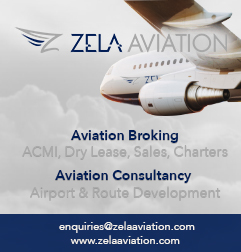