Pratt & Whitney today announced that it has started FAR33 certification testing of the GTF Advantage engine. The company continues to run extensive endurance testing to ensure product maturity at entry into service, building on more than 15 million of hours of service experience. To date the engine has completed more than 2,000 hours of development and certification testing, including a successful test on 100% sustainable aviation fuel (SAF) earlier this year. 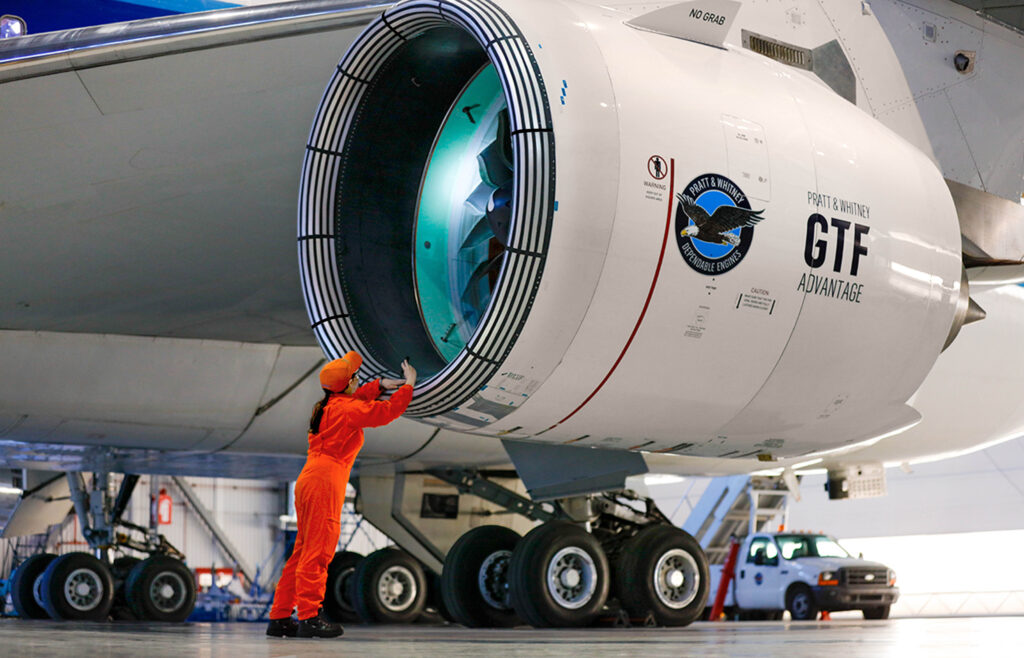 “GTF Advantage offers even more value to our customers, especially on longer-range aircraft like the A321XLR,” said Rick Deurloo, president of Commercial Engines at Pratt & Whitney. “It will extend GTF’s lead as the most sustainable, fuel-efficient and powerful engine for the A320neo family – and it will be highly reliable on day one.”

The GTF Advantage engine reduces fuel consumption and CO2 emissions by an additional 1%, making it 17% better than prior-generation engines. With up to 34,000 pounds of takeoff thrust, GTF Advantage will also enable increases in payload and range, thereby unlocking more destinations for airlines. The engine is currently scheduled to become available to customers in 2024.

“GTF Advantage provides more thrust while running cooler, with more airflow and improvements in aerodynamics, coatings and clearance control,” said Jim Pennito, vice president of A320neo family engines at Pratt & Whitney. “We’re able to do all this thanks to our revolutionary geared fan, which gives us an architecture with a long runway for the future.”

Pratt & Whitney GTF™ engines have saved airlines more than 800 million gallons (more than three billion liters) of fuel and more than eight million metric tons of carbon emissions. More than 1,300 GTF-powered planes have been delivered to 62 operators across three aircraft families: Airbus A320neo, Airbus A220 and Embraer E-Jets E2. GTF engines have powered more than four million flights, carrying more than 500 million passengers to their destinations around the world. Learn more at pwgtf.com.

Pratt & Whitney is a world leader in the design, manufacture and service of aircraft and helicopter engines, and auxiliary power units. To learn more visit www.prattwhitney.com.