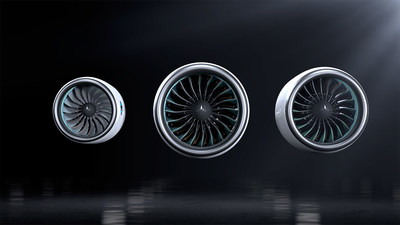 “GTF-powered aircraft are helping to lead the recovery around the world, while delivering unmatched fuel efficiency and world-class reliability to our customers,” said Rick Deurloo, chief commercial officer and senior vice president at Pratt & Whitney. “We’re the only engine maker with a geared fan in service today, and we’re also leading the industry with the lowest carbon emissions for single-aisle aircraft. We’re pleased with our orders to date and look forward to continuing this momentum throughout the year.”

AerCap, the global leader in aircraft leasing, is the world’s largest A320neo family lessor with over 300 owned, managed and on-order aircraft. AerCap recently selected Pratt & Whitney GTF™ engines to power 80 additional Airbus A320neo and A321neo model aircraft. Deliveries of these aircraft are currently scheduled between 2021 and 2027.

“We are committed to providing our airline customers with the most fuel-efficient, advanced technology aircraft in the world, helping them to meet their sustainable goals in a profitable way,” said Aengus Kelly, CEO of AerCap. “We look forward to enhancing our fleet with these GTF engines and working with the team at Pratt & Whitney as the aircraft deliver.”

AerCap has placed GTF-powered A320neo family aircraft with airlines such as Spirit Airlines, China Southern Airlines and Sichuan Airlines. The lessor previously purchased hundreds of Pratt & Whitney-powered aircraft, including sizable fleets of Airbus A330 and A320ceo family aircraft; Boeing 777, 767 and 757 aircraft; and McDonnell Douglas MD-80 aircraft dating back to AerCap’s roots as ILFC in the 1980s.

“AerCap has been a long-time customer of Pratt & Whitney, and we’re pleased with their ongoing commitment to the GTF engine,” said Deurloo. “These GTF-powered aircraft will deliver economic and environmental value to AerCap and their customers, and we look forward to supporting this new fleet.”

Since entering service in early 2016, the GTF engine family has delivered on its promised ability to reduce fuel burn and carbon emissions by up to 20 percent, reduce the noise footprint by 75 percent, and reduce regulated emissions by 50 percent to the CAEP/6 regulatory standard. The engine’s unique geared fan is the right architecture for the future with a long runway for further development. Pratt & Whitney is committed to continuing to invest in evolving propulsion systems to power the next generation of commercial aircraft.

Pratt & Whitney, a unit of Raytheon Technologies (NYSE: RTX), is a world leader in the design, manufacture and service of aircraft and helicopter engines, and auxiliary power units.

This press release contains forward-looking statements concerning future business opportunities and performance. Actual results may differ materially from those projected as a result of certain risks and uncertainties, including but not limited to: changes in levels of demand in the aerospace industry, in levels of air travel, and in the number of aircraft to be built; challenges in the design, development, production support, performance and realization of the anticipated benefits of advanced technologies; as well as other risks and uncertainties, including but not limited to those detailed from time to time in Raytheon Technologies Corporation’s Securities and Exchange Commission filings.