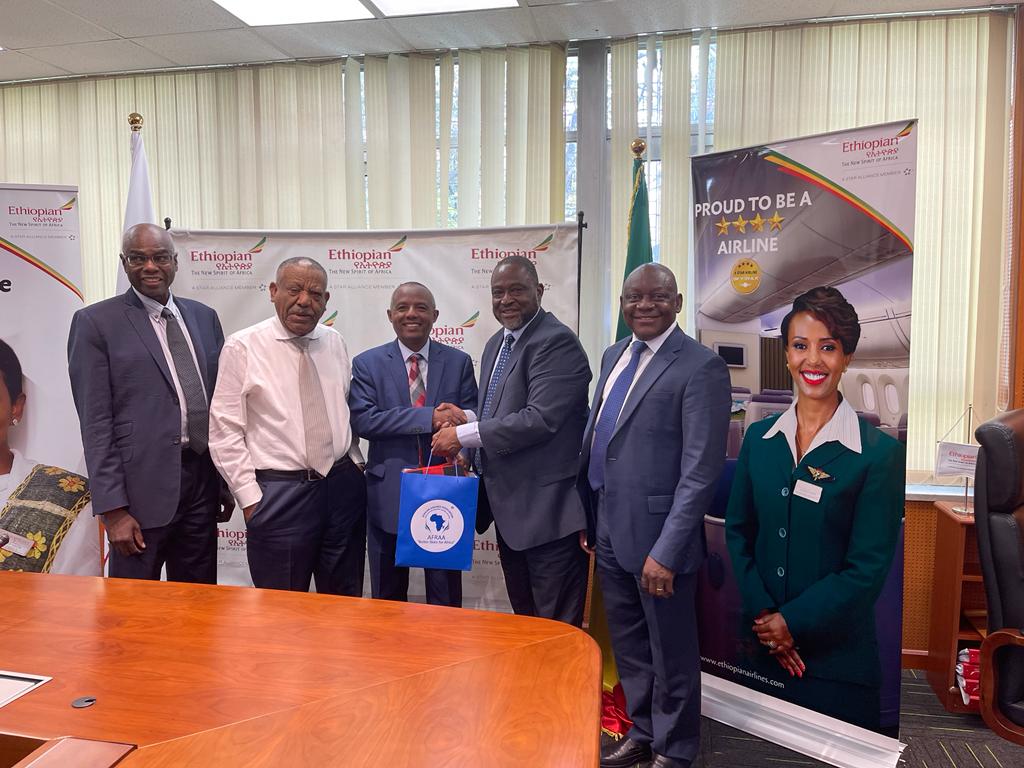 The meeting discussed in detail various industry developments and priorities for advocacy on factors affecting the sustainability of the air transport sector, notably: taxes and charges, currency repatriation, and the implementation of the Single African Air Transport Market (SAATM). The Secretariat made an exposé of AFRAA projects of value-addition to members to facilitate an understanding of the benefits and effectiveness of projects of interest to Ethiopian Airlines.

At the conclusion of the CEO’s Dialogue session, Mr. Abdérahmane Berthé, AFRAA Secretary General said: “AFRAA is pleased to meet Ethiopian Airlines – one of AFRAA’s founding member airlines – for the CEOs Dialogues. Today’s discussions have facilitated an opportunity for a close connection between AFRAA and Ethiopian Airlines and culminated in a better understanding of Ethiopian Airlines’ priorities vis-a-vis AFRAA’s mandate.”

“We will continue to tailor our actions to enhance the relevance of the Association to our membership. I look forward to a continued mutually beneficial working relationship with Ethiopian Airlines and the entire AFRAA fraternity at large.” Mr. Berthé added.

Through the CEO’s Dialogues initiative, AFRAA has engaged seven of its Member airlines in 2022 towards effective implementation of added-value projects and actions supporting members’ sustainability. AFRAA’s actions are anchored on five pillars including:

AFRAA membership of 44 airlines cuts across the entire continent and includes all the major intercontinental African operators. The Association members represent over 85% of total international traffic carried by African airlines. Follow us on Facebook, LinkedIn, Twitter and YouTube.